For almost 30 years Nagorno-Karabakh and other Azerbaijani 7 attached regions were occupied by Armenia. The United Nations, OSCE Minsk Group, The European Union, and all countries around the world (including Armenia by itself) recognized these territories as part of Azerbaijan. The United Nations General Assembly adopted 4 resolutions (822, 853, 874, and 884) in 1993, demanding globally the immediate unconditional withdrawal of all Armenian forces from the occupied territories of the Republic of Azerbaijan. Occupied territories account for about 20% of the total territory of the Republic of Azerbaijan. 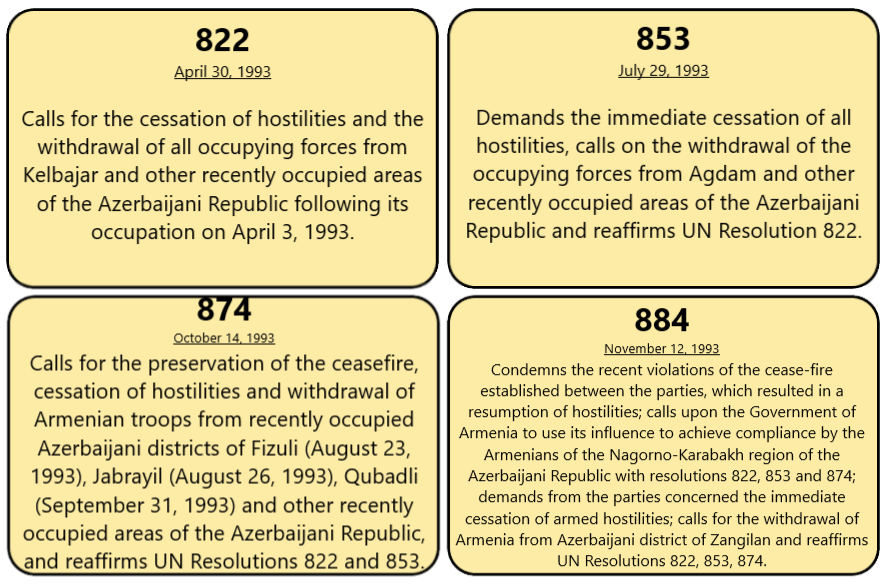 In August 2019, breaking with International Law, the Prime Minister of Armenia Nikol Pashinian gave an inspiring speech in occupied Nagorno-Karabakh by finishing it with the sentence: “Artsakh (Armenian name for Nagorno-Karabakh) is Armenia, period.”. [Source: https://news.am/eng/news/527358.html] 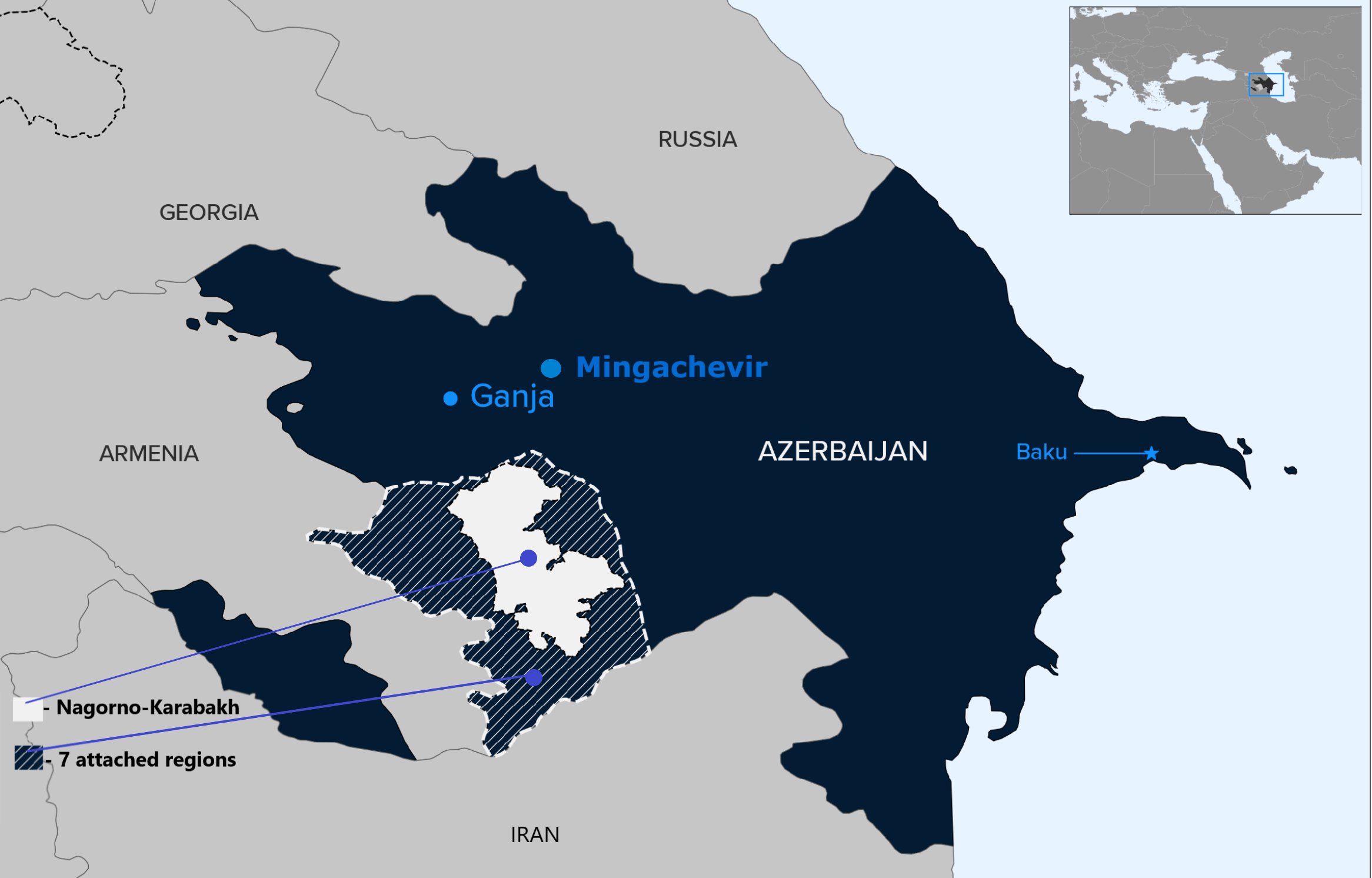 [Picture: Map of the Republic of Azerbaijan with highlighted occupied territories]

Last 27th of September 2020, right after midnight Armenian forces in Nagorno-Karabakh relentlessly attacked on Azerbaijani civilians living in the borderline cities of Azerbaijan. Subsequently, offensive artillery attacks of the Armenian troops were adequately responded by Azerbaijani forces’ counterattack. On the 8th day of the conflict (4th of October 2020) in the morning, military forces within the borders of Armenia made a massive missile attack on civilians of Ganja – the second largest city of Azerbaijan. The same day lately another Azerbaijan city Mingachevir was attacked as well. However, despite those brutal military actions, Azerbaijani forces do not attack the legitimate borders of Armenia; instead, the current war is going on in the officially recognized part of Azerbaijan: Karabakh. It is worth mentioning that there are tens of killed and murdered Azerbaijani civilians and there are children among them. 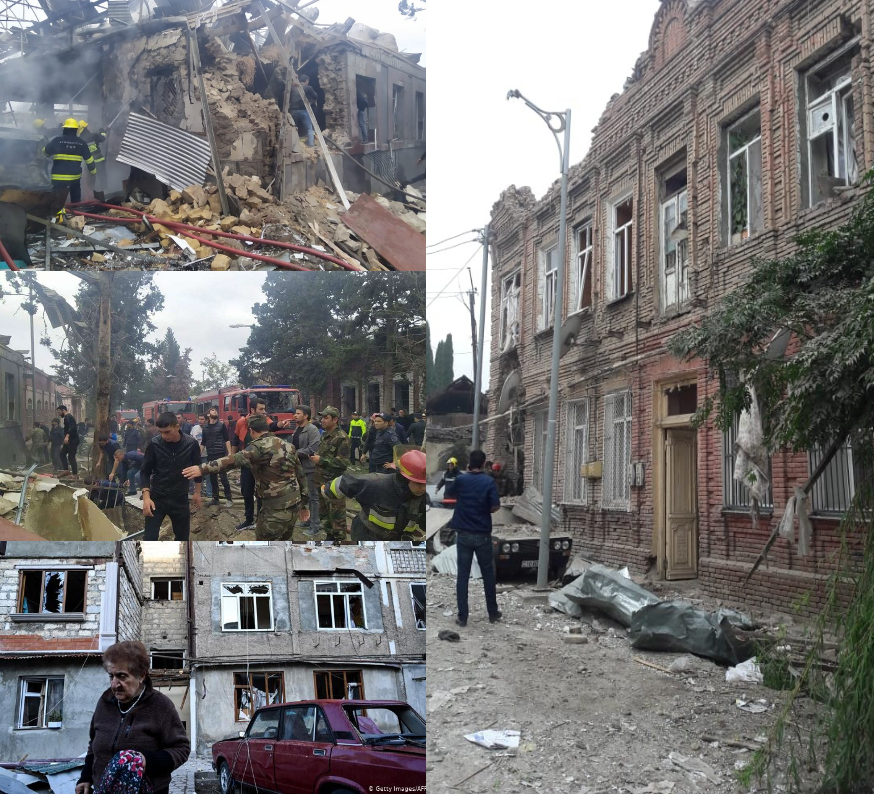 [Picture: Ganja in ruins after Armenian attacks in the morning of 4th of October, 2020]

We are calling all the world not to follow the Armenian propaganda and to see the truth. Ambitions, stubbornness and selfishness of the Prime Minister Mr.Pashinyan don’t worth the life of people from both sides.

In order to stop the war between two neighboring countries, Armenian Military forces should be immediately withdrawn from the territory of the Republic of Azerbaijan and sit behind the negotiation table to re-establish peace in the region.

Justice and Human Life are invaluable! Bring your support by signing this petition.